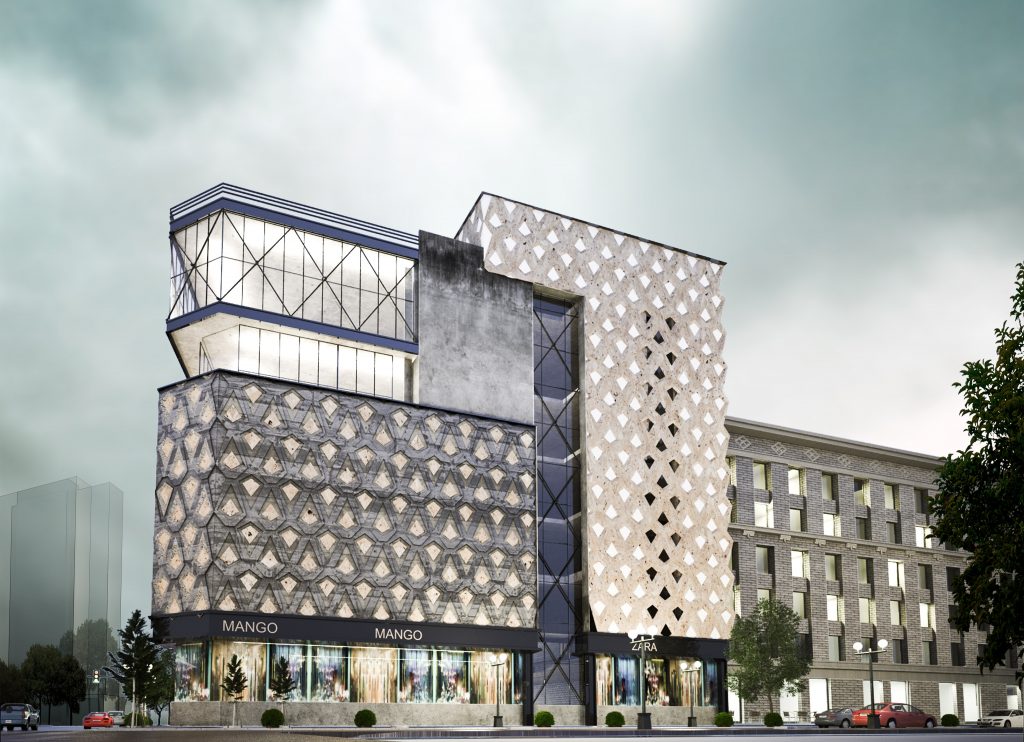 The site for this commercial project is located on Hojar-ibn Oday, one of the two main avenues of Tehranpars, strategically connecting the micro neighborhoods in the area to one another. The Area, seems to have ignited a head start in a process of regeneration and is gradually being modernized, however it yet seems to be at the early stages of its redevelopment with an overall old feel to its current urban fabric.

From studying the pre-determined (by the client) plans and sections of the project, one can immediately see that there are not many openings in the building, many floors have no windows leaving the walls fairly rigid. It therefore becomes inevitable to a degree to feel the need for a sense of transient fluidity.

The design team therefore decided to create an architectural envelope, almost a dress, made to measure fit for the building itself, to create an aesthetically pleasing façade that would add character to the site while also introducing a range of functional elements to the building elevation.

On an everyday level, moving around and orientating oneself, the eye persists constantly to select and combine forms that it seeks the simplest and most synoptic and then it tries to integrate all that it has received with its peripheries. Therefore creating a sense of unity and continuity on the outer shell of the building will not only help conceive a coherent building for the passer by but will also ensure a holistic architecture clearly prominent in its context which does not visually disturb the neighborhood. Repetition in the form of rhythm, (a rhythm that the eye can instantly recognize), as much as in music as in architecture is an immensely simple principle of composition which tends to give a sense of overall coherence. The repeating of an element in a regular fashion can ignite interest, movement and curiosity while creating harmony and unity. This sense of regularity can also be paired with a touch of irregularity in which the contrast will better help the eye read the building as slight imperfections are often the key to sanity.

For this particular project an uncanny form of a rhombus, the Iranian ‘tokkeh’ has been abstracted and volumized to be the element of repetition. The tokkeh for the Persian eye creates a sense of de ja vu, a pleasant feeling of acquaintance as it has been used in various architecture over time. Also from a mathematical point of view the rhombus belongs to a family of quadrilaterals and its potential lies in its formal capability to be easily transformed through stretching or compressing the diagonals. Here the design team has used a rhombus within a larger rhombus (tokkeh in tokkeh) Hence an irregular plasticity can be achieved. And through repetition a regular whole is created. An  envelope which extends over the entire surface that forms a tectonic and formal continuity. The image of the façade therefore becomes a landscape of abstraction. 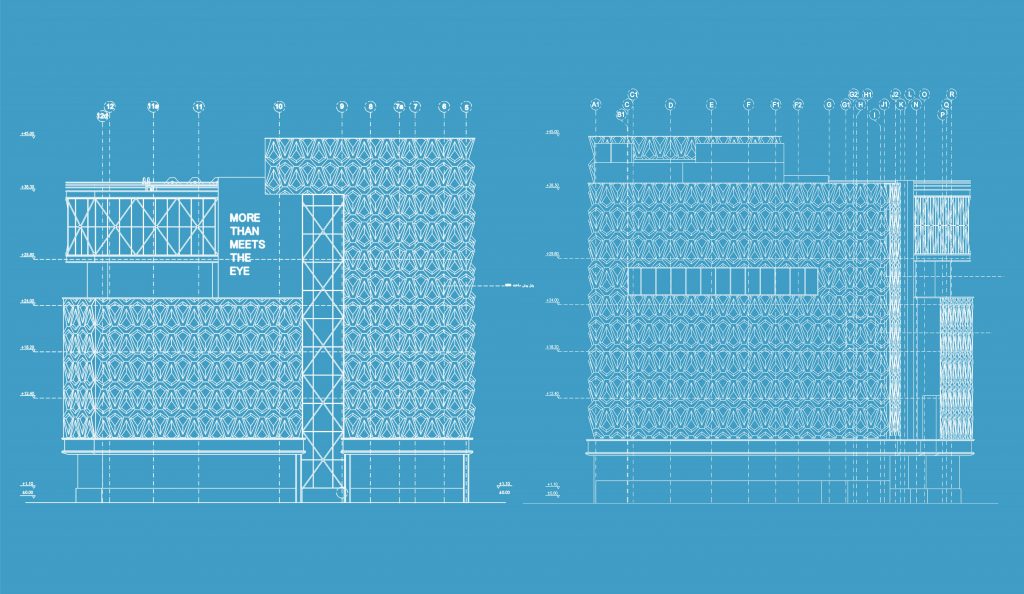 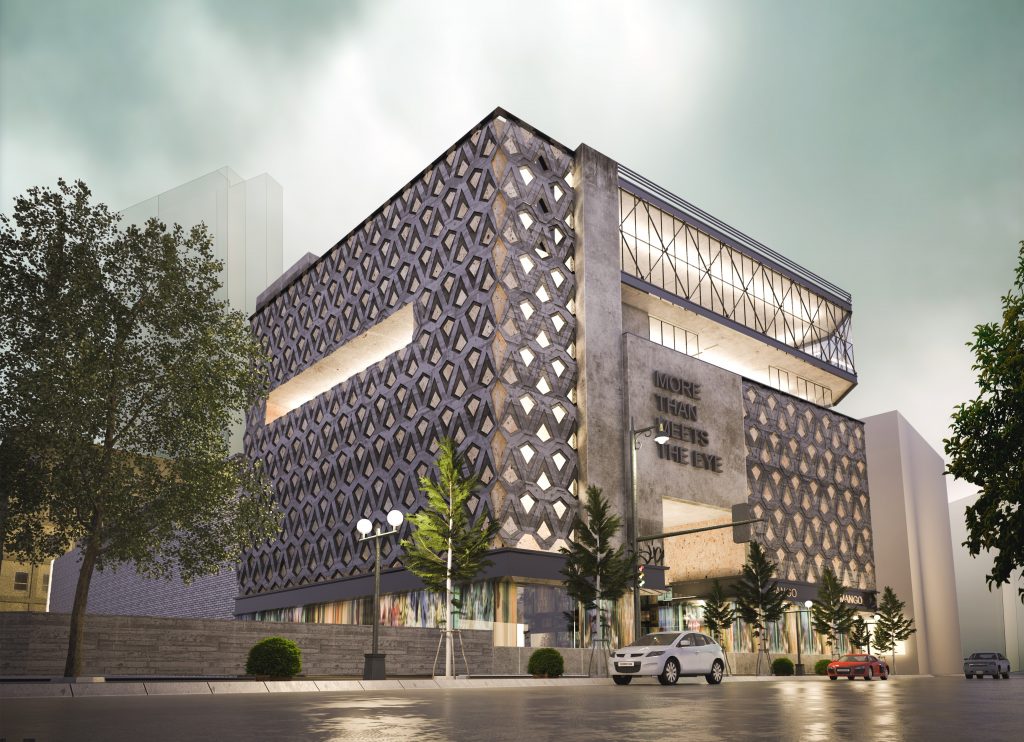