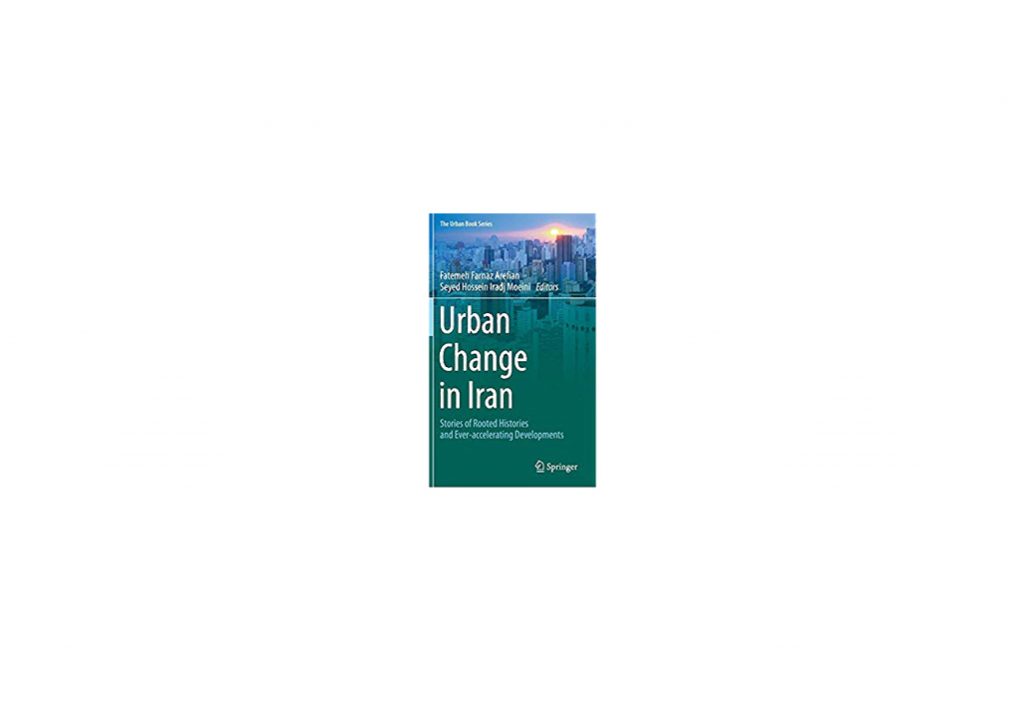 Based on a conference which was branded as a landmark event and received recognition by the UNESCO Director General, this book, investigates various aspects of contemporary Iranian urbanism. The topics covered range from the impacts of political developments on the cities’ rapid socio-economic developments, to the cities’ troubled relationship with the country’s built-environment history and their frequently ill-managed exposure to Western notions of development and globalisation. Last but not least, the country’s vulnerability to natural disasters in an age of increasing urban-population densification is also considered.

A Call for Spatial Justice

“Space is not an empty void. It is always filled with politics, ideology and other forces shaping our lives and challenging us to engage in struggles over geography. “

Placed among a blend of geographic collages and augmented landscapes, societies are continuously striving for security, equality and drawing fair and democratic boundaries all the while injustice embeds itself into space. The phenomenon of the ‘city’ and ‘urban life’ is born through the evolving process of the satisfaction of social primary and secondary needs. Overcoming the basic needs in life furthermore calls for a certain profound personal spiritual fulfillment, sometimes seeking a powerful definition of existence among the dynamic complex of urbanism. Needs lead to the formation of traditions that entail the repetition of desires. Through the continuity of a functioning social structure, urban fabrics come to being. Consequently space is socially produced. Justice defined as ‘The quality of being fair and reasonable’is also suggested to be socially created over time and therefore can be considered as a temporal entity. “Time brings us to life, tempers our existence, makes us unalterably and irreversibly contemporary and in the end unavoidably temporary” drawing us to behave accordingly to the situations we are placed upon.  Just or unjust behavior manifested into space is an utter and clear result of our own decision making; whether personal, economic or political.

So long as the ultimate goal of any decision would be the persistence of social welfare, spatial justice would relatively be accomplished. However the other end of the spectrum would be the study of the immense gap between the affluent ‘who seal themselves for protection’ and the deprived who become poorer by default.  This favors the wealthy and disfavors the unfortunate and therefore uneven developments form upon the geographies we live upon.

Tehran, a city that has welcomed rural migrants for decades, is an evident example of a collection of social gaps which have widened over time through various divisions including class and social background. As implied before, cities are living, responsive beings. Like every living entiy a city can reach the brink of a nervous breakdown. Inside every city, there is a breaking point, for Tehran, that point is NOW. If she is pushed too far, one day she might just push back.

There always has been mutual interaction between man and the city. To implement one of the most precious yet neglected factors of human rights, the freedom to shape and reshape ourselves and the city, a collective force beyond that of the lone individual is required. “If our urban world has been imagined and made, then it can be re-imagined and re-made.”

For Tehran this article aims to extract opportunities , situations, ideals and dreams of a nation with an eye for beauty and a taste for socio-economic happiness through the lens of seeking spatial justice.

View Inside the Book..